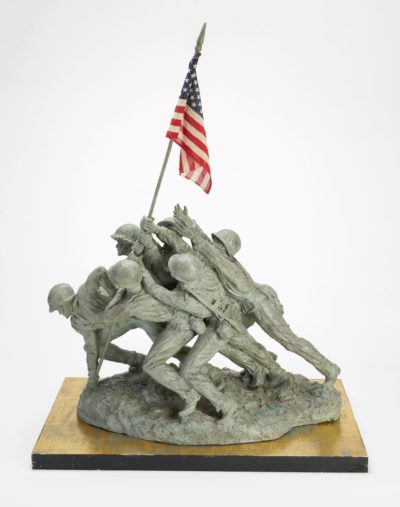 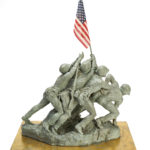 
“In honor and in memory of the men of the United States Marine Corps who have given their lives to their country since November 10, 1775."

The Marine Corps War Memorial represents the nation's gratitude to Marines and those who fought beside them. While it depicts a famous World War II event captured by photographer Joe Rosenthal, the memorial is dedicated to all Marines who have given their lives in defense of the nation since 1775. Felix de Weldon, serving with the U.S. Navy, constructed a scale model, then a life-size model of the famous photograph. President Dwight D. Eisenhower dedicated the memorial in a ceremony on November 10, 1954, the 179th anniversary of the U.S. Marine Corps. Both President Eisenhower and de Weldon were Club members.