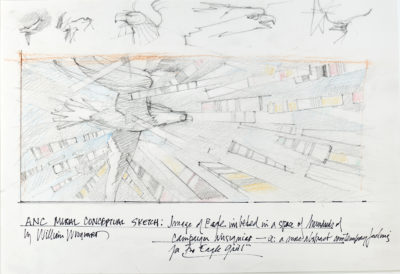 
This drawing, a conceptual image of an eagle embedded among hundreds of campaign insignia, is one of seven mural sketches by William Woodward, commissioned by the Club for the Eagle Grill to commemorate the many military personnel who have sacrificed their lives during recent conflicts in the Middle East.