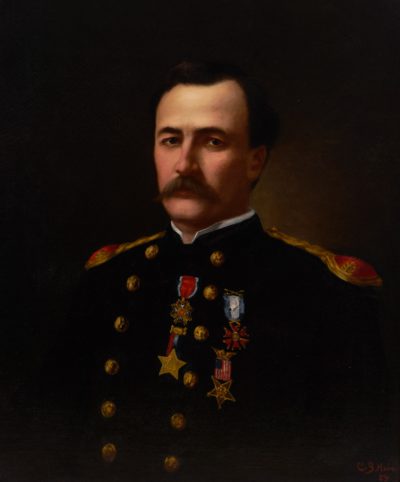 
One of the earliest members of The Army and Navy Club, Captain Benjamin Franklin Rittenhouse of Philadelphia won distinction as an artillery commander during the Civil War. He commanded a field artillery battery that fired into the flank of Pickett's charge on the third day of the Battle of Gettysburg. He also saw action at Shiloh, Bethesda Church, and Richmond. Rittenhouse and his wife are buried in Arlington National Cemetery.