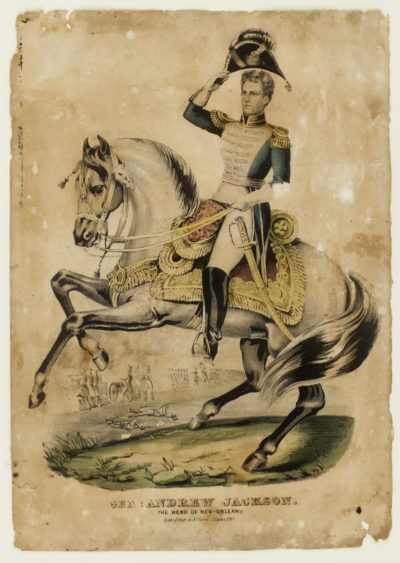 
The Battle of New Orleans (December 1814 to January 1815) was the last major battle of the War of 1812. American forces, commanded by Major General Andrew Jackson, prevented the much larger British force from seizing New Orleans and the vast territory of the Louisiana Purchase.

While the outnumbered Americans seemed about to lose New Orleans, the Federalist party only weeks earlier had been at the Harford Convention proclaiming its grievances with the Louisiana Purchase.

Discredited and disgraced, the Federalists were eliminated as a major national political force.