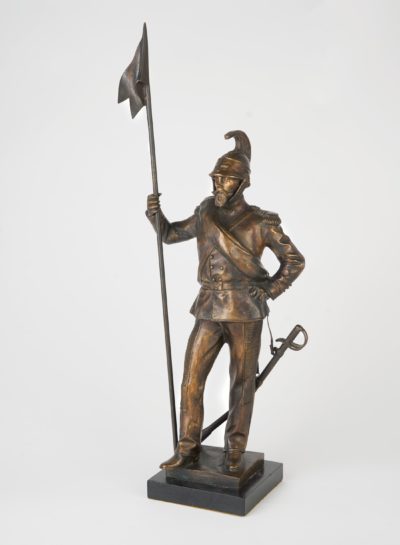 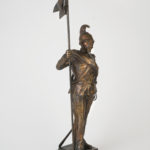 
From April 4, 1966: To Admiral Charles Griffin, from Roberto Tremelloni, Defense Minister of the Italian Republic


The word “dragoon” originally referred to mounted infantry, who were trained in horse riding as well as infantry fighting skills. However, usage altered over time and during the 18th century, dragoons evolved into conventional cavalry units. In most armies, "dragoons" came to signify ordinary medium cavalry. Dragoon regiments were established in most European armies during the late 17th and early 18th centuries.

The name is derived from a type of firearm, called a "dragon," which was a handgun version of a blunderbuss, carried by dragoons of the French Army. The title has been retained in modern times by a number of armored or ceremonial mounted regiments.