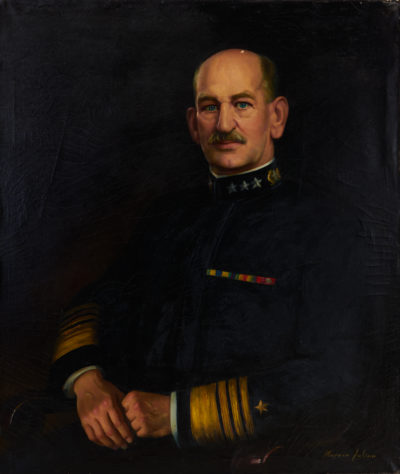 
Admiral Mayo graduated from the U.S. Naval Academy in 1876. He served during the 1883 Greely relief expedition to the Arctic and later helped survey Pearl Harbor (1895-1898). From 1916 through U.S. entry into World War I, he commanded the U.S. Atlantic Fleet. He was awarded the Distinguished Service Medal for the outstanding operation of the Fleet in wartime. The destroyer USS Mayo (DD-422), commissioned in 1940, is named in his honor.