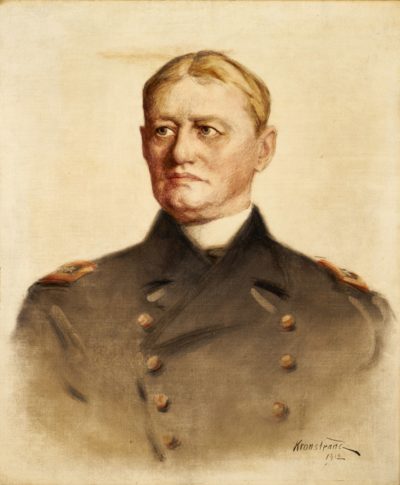 
“Fighting Bob” Evans exhibited gallantry under fire during the Civil War in the attack at Fort Fisher in 1865. He commanded a company of U.S. Marines through heavy fire to charge through the Confederate defenses. He was 19 years old. In 1898, he commanded the battleship Iowa during the Battle of Santiago near Cuba, which sealed American victory in the Spanish-American War. He was in command of the Great White Fleet in 1907 when it set out on its historic round-the-world cruise. He was President of The Army and Navy Club from 1897-1898, and the only sitting Club President to command in battle during his tenure.