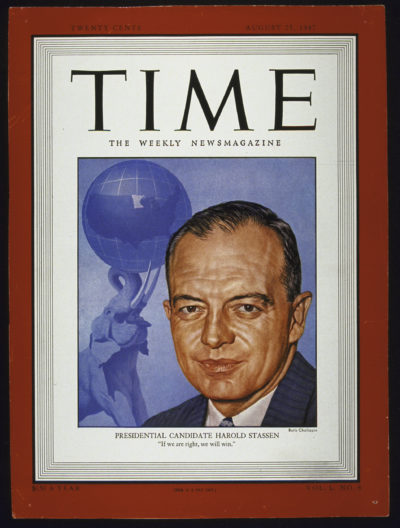 
Harold Edward Stassen (1907 –2001) was the 25th Governor of Minnesota. In 1948, he was a leading candidate for the Republican nomination for President and was considered for a time to be the front-runner. The nomination ultimately went to Thomas E. Dewey, who lost handily to Harry Truman (Strom Thurmond had also run in the general election as a Dixiecrat but received less than 3% of the vote). Thereafter, Stassen regularly continued to run for president as well as other offices—so much so that his name became most identified with his status as a perennial candidate.