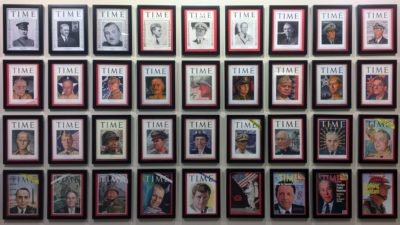 
TIME magazine has focused on clarity of message and elegance of presentation with a dash of attitude that makes each issue stand out. TIME is as good a record as any of who and what. When the magazine captures a person, an event, or a trend within its iconic red borders, the magazine is noting the significant value of its subject.

From the very first issue in 1923, which featured a charcoal cover drawing, TIME has specialized in pithy, sharp observational detail about the lives and backgrounds of the people it profiles.