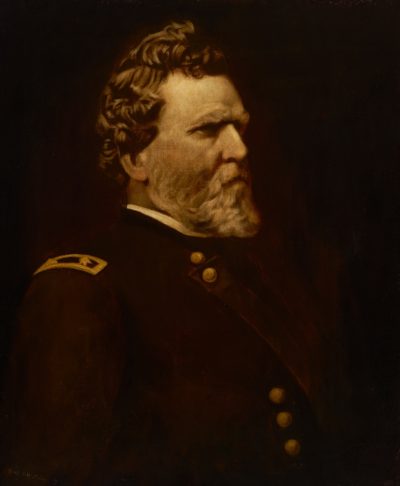 
Major General Thomas, a Virginian, served in the Mexican-American War in the western theatre. During the Battle of Chickamauga In 1863, he earned the nickname "Rock of Chickamauga" for his stout defense that saved the Union Army from being completely routed. This was followed by victories in the Battle of Chattanooga and the Battle of Nashville. He served against the Seminole Indians in Florida, Mexicans in Texas, and Kiowa Indians in Colorado. After the Civil War he chose to remain with the Western Army. He had close relationships with General Sherman, dating to their time as West Point roommates, and General Robert E. Lee, dating to their service together on the West Point faculty.