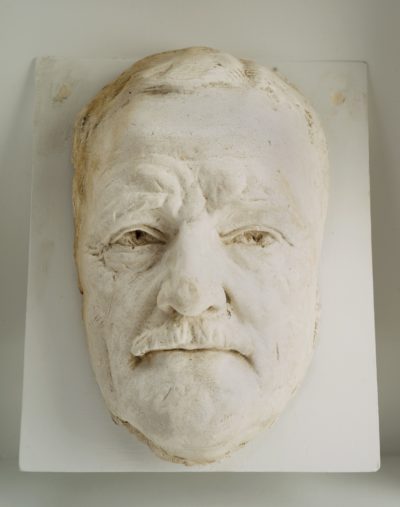 
This life mask of General John J. “Blackjack" Pershing, Commander of the American Expeditionary Force in France during World War I, was originally created by Jo Davidson. This reproduction is one of three that Club member Felix de Weldon cast from his copy of Davidson’s original. A small de Weldon statue of General Pershing is displayed, with other artwork depicting him, in the Pershing room, just beyond the main dining room of the Club. Pershing was a lifetime member of The Army and Navy Club and used the Club extensively.