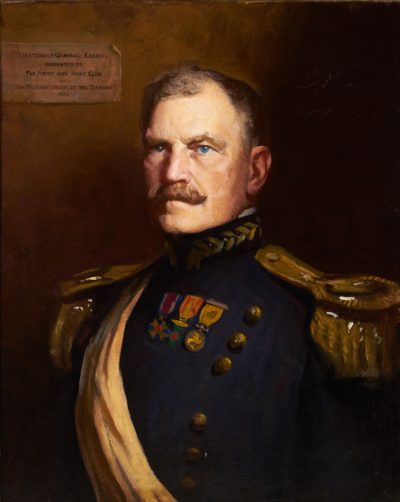 Credit line:
Gift of the Military Order of the Dragoon


From 1921: The Army and Navy Club, gift of the Military Order or the Dragoon


General Chaffee entered the Regular Army as a private, 6th U.S. Cavalry in 1861, but was soon promoted to Troop First Sergeant, then Second Lieutenant in 1863. He saw continuous action throughout the Civil War and then the American Indian Wars. He instructed Cavalry Tactics at the Command and General Staff College from 1894 to1896. Later appointed to Brigadier General, he was Chief of Staff to the Governor General of Cuba.

Chaffee led troops in China in 1900, advancing on Peking in the Boxer Rebellion. Later the Commander of the Military District of Washington (MDW), he was promoted to Lieutenant General and Chief of Staff of the Army in 1904. He died in Los Angeles and is buried in Section 3, Arlington National Cemetery.