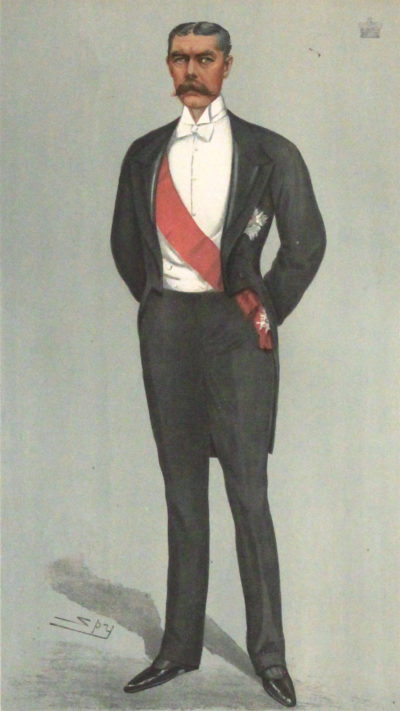 Lord Kitchener of Khartoum was a senior British Army officer and colonial administrator who won notoriety for his imperial campaigns during the Second Boer War. He later played a central role in the early part of World War I. On June 5, 1916, Kitchener was traveling on the HMS Hampshire to Russia for negotiations, when the ship struck a German mine just west of the Orkney Islands, Scotland, and sank. He was among 737 who died.