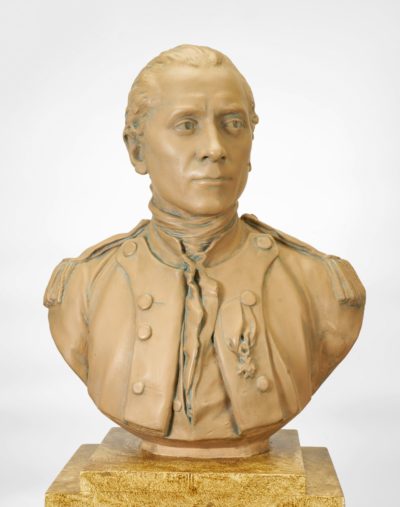 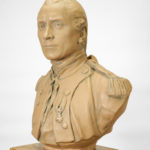 
From 1906: The Army and Navy Club, from the original cast in The Pennsylvania Academy of Fine Arts, Philadelphia


John Paul Jones, the popular naval hero of the American Revolution, visited Paris in 1780, where he was widely and lavishly honored. A Masonic lodge commissioned this portrait, which so pleased Jones that he ordered at least twenty copies for his friends.

A staunch realist, Houdon was the foremost French sculptor of the eighteenth century. He was a superb portraitist, sculpting numerous busts of French nobles, wealthy bourgeoisie, and foreign royalty. He is primarily remembered today for his sculpture series of the great men of the Enlightenment and Revolution-era Americans like Benjamin Franklin and George Washington.