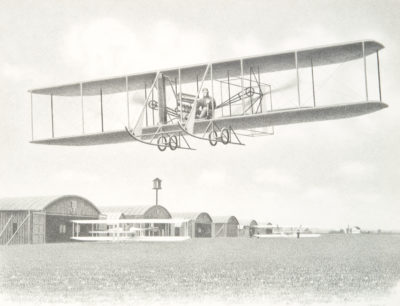 
In October 1912, then Lieutenant Harold Harley Arnold navigated a triangular course from College Park, Maryland to Washington Barracks, D.C. (later renamed Fort McNair) to Fort Myer, Virginia and back to College Park, while locating a detachment of cavalry. He received the first Mackay Trophy for demonstrating the aircraft’s potential for reconnaissance and observation, which foreshadowed his status as an Air Force legend.