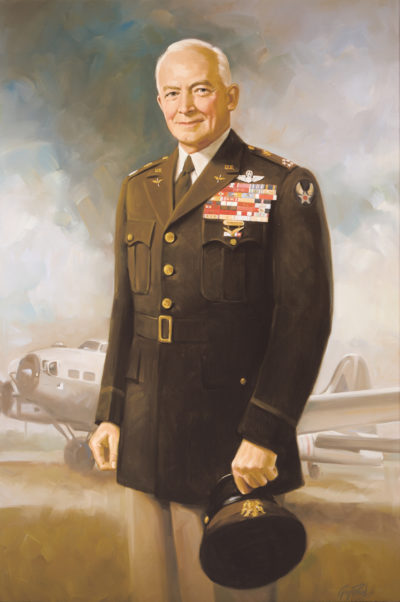 
Harold Arnold, instructed by the Wright Brothers, was one of the first military pilots worldwide and one of the first three rated pilots in the history of the United States Air Force. Commissioned an Infantry second lieutenant at West Point in 1907 and assigned to the 29th Infantry Division in the Philippines, he supervised the expansion of the Air Service in World War I. He rose to command the Army Air Forces just before American entry into World War II . He remains the only Air Force officer to hold five-star rank and holds the unique distinction as the only U.S. General with permanent five-star rank in more than one branch (General of both the Army and the Air Force). He co-founded Pan American Airways, for several years the largest international airline in the U.S. He also co-founded Project RAND, which ultimately became the RAND Corporation.