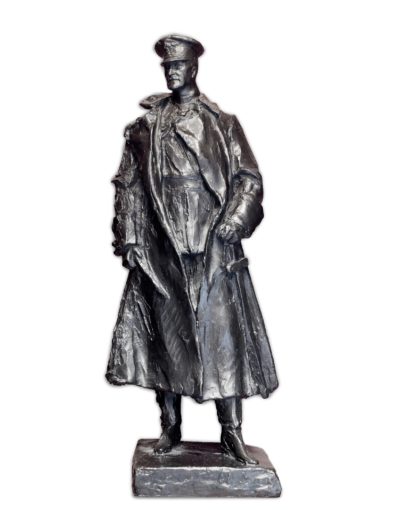 
General Pershing was born on a Missouri farm and attended what became Truman State University before graduating from West Point in 1886. He served extensively with the 6th Cavalry and 10th Cavalry Regiments; the latter was one of the original “Buffalo Soldier” regiments. He mentored a generation of Army leaders, including Generals Marshall, Eisenhower, Bradley, and Patton. He remains the only U.S. officer promoted to General of the Armies in his own lifetime—equivalent to a six-star general. Felix de Weldon sculpted this statue of General Pershing specifically for the Pershing Room in The Army and Navy Club.