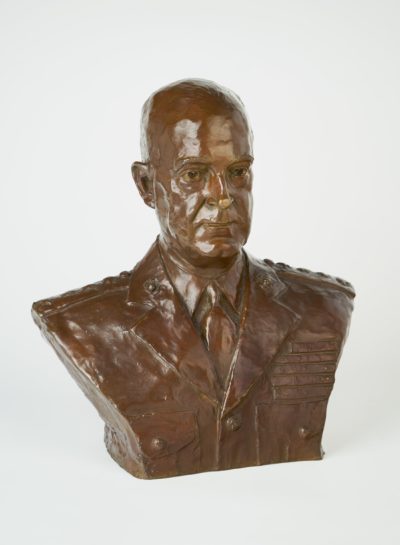 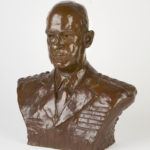 
Alexander Vandegrift received his commission in the Marine Corps in 1908. In 1909 he foresaw future battle when he authored “Aviation, the Cavalry of the Future.” He commanded the 1st Marine Division during World War II in the Solomons during the attack on Guadalcanal, Tulagi, and Gavulu. He was awarded the Navy Cross and the Medal of Honor for his actions in those battles. He was sworn as the 18th Commandant of the Marine Corps in 1945 and appointed General, the first Marine officer on active duty to attain four-star rank. General Vandegrift is buried at Arlington National Cemetery.