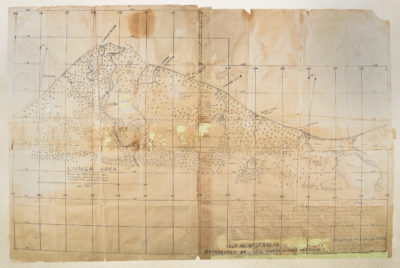 
The Guadalcanal Campaign, also known as the Battle of Guadalcanal, was a military campaign fought between August 7, 1942 and February 9, 1943 on and around the island of Guadalcanal in the Pacific theater of World War II. It was the first major offensive by Allied forces against the Empire of Japan.

On 7 August 1942, Allied forces, predominantly United States Marines, landed on the islands of Guadalcanal, Tulagi, and Florida in the southern Solomon Islands, with the objective of denying their use by the Japanese to threaten Allied supply and communication routes between the US, Australia, and New Zealand. The Allies overwhelmed the outnumbered Japanese defenders and captured Tulagi and Florida, as well as an airfield (later named Henderson Field) on Guadalcanal that was under construction. Powerful American and Australian naval forces supported the landings.