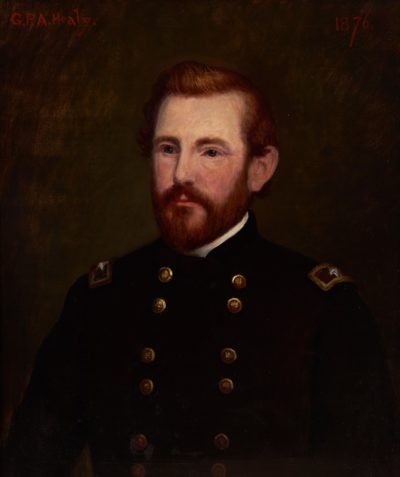 
A surgeon and Army officer, General Myer was appointed Chief Signal Officer and head of the new Army Signal Corps shortly before the Civil War. Inspired by Native American signaling systems, he developed a military signaling system that was used by both sides during the Civil War, and continued in use by the U.S. military thereafter. In 1870 General Myer formed what is today the National Oceanic and Atmospheric Administration. Myer is honored by several entities including Fort Myer, Virginia and the Albert J. Myer Center Headquarters at Fort Monmouth, New Jersey. The Army and Navy Club moved in 1912 from the Southeast corner of Seventeenth and I Streets NW to its current location, previously the site of General Myer’s family home.