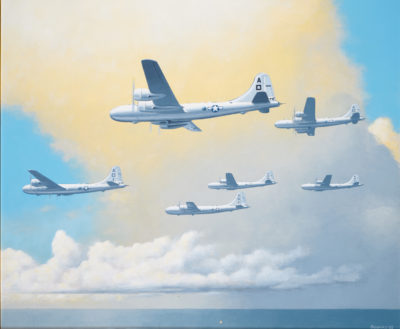 
As Commanding General of the Army Air Forces in World War II, Hap Arnold was determined to field an extremely long-range bomber—the B-29 Superfortress—that could strike Japan from U.S. bases hundreds of miles from the Japanese coast. Arnold established the Twentieth Air Force in April 1944 and commanded the B-29 campaign against Japan from Washington, D.C., a remarkable leap forward in tactical, operational and communication technology.