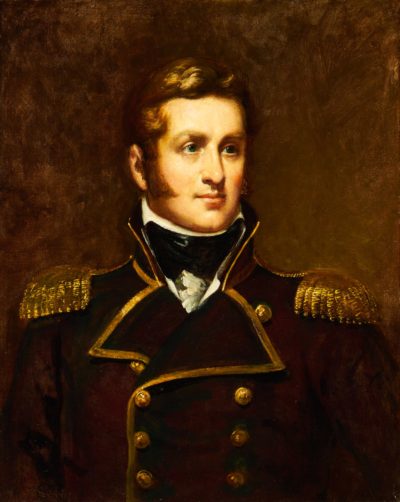 Wars and Conflicts:
Barbary Wars of North Africa, War of 1812


Admiral MacDonough is one of fourteen naval commanders whose names are inscribed at the Arlington Memorial Amphitheater. Tested in action against the Barbary and Tripoli pirates in the early 19th Century, MacDonough served with then-Captain Stephen Decatur at Tripoli, where they were members of “Preble’s Boys,” a select group who served under Commodore Edward Preble during the First Barbary War (1801 – 1805). He distinguished himself during the War of 1812, repeatedly denying the British access to Lake Champlain and thwarting London’s claims to New York and New England at the Ghent Peace Conference.