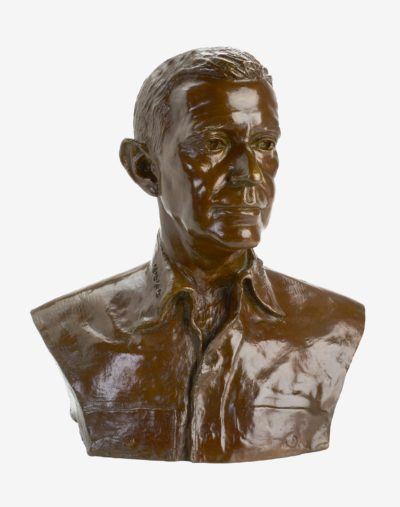 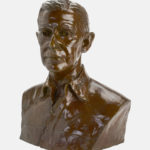 
Rear Admiral Spruance commanded U.S. Naval forces during World War II at the pivotal Battle of Midway and the decisive Battle of the Philippine Sea. He then commanded the Fifth Fleet in the invasions of Iwo Jima and Okinawa. He was awarded the Navy Cross and the Army Distinguished Service Medal, in addition to numerous other awards. Modest and unassuming, Admiral Spruance was also brilliant and fearless. The Navy named a new class of thirty destroyers after him in 1973. A building at the Naval War College in Newport, Rhode Island is named in his honor.